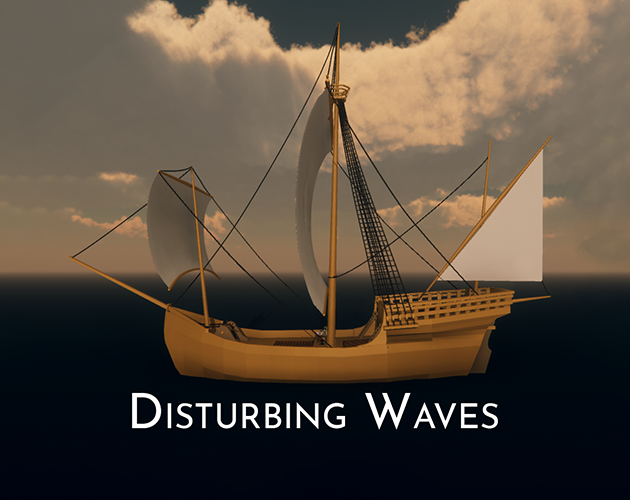 Disturbing Waves is a 3D first person adventure, in which you play as Cass, a dyslexic journalist who sails the Atlantic Ocean with a crew of vibrant characters in order to air a pirate radio show.

Disturbing Waves was created during the enby game jam. It was written, drawn and coded by a team with a majority of queer and enby devs and features cast of mostly queer characters.